On Tuesday May 18th, the Ohio Senate Finance Committee and the Ohio House Ways and Means Committee both heard measures that would reinstate the sales tax exemption on gold and silver that was recently repealed.

In the House Ways and Means Committee, HB 268 was passed with a favorable ruling out of the committee by a vote of 11-6.

Jp Cortez, Policy Director of the Sound Money Defense League, traveled to Ohio to testify before both committees. Reinstating the sales tax exemption on gold and silver coins and bullion would benefit the state of Ohio in several ways: 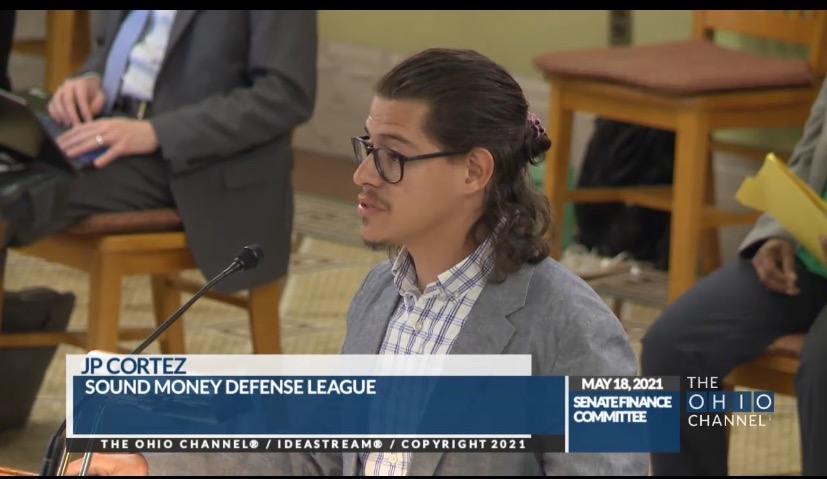 In total, 40 states have reduced or eliminated sales tax on the monetary metals. Ohio aims to be the 41st.

This measure is one of many sound money bills being introduced across the country this year. Bills to remove taxation on sound, constitutional money are also being, or have been, introduced in Alabama, Arkansas, Hawaii, Iowa, South Carolina, Tennessee, and more.

Backed by the Sound Money Defense League, these measures protect Ohio citizens by removing barriers to insulating their wealth with the only money proven to protect against the Federal Reserve Note’s ongoing devaluation.