The Sound Money Defense League is focusing like a laser beam on restoring gold and silver to it's historic role as America's constitutional money. It is working at the state and federal level to: 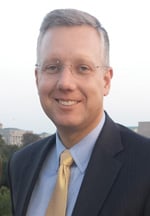 Gleason is director of the Sound Money Defense League as well as Money Metals Exchange, a national precious metals investment company and news service with over 600,000 readers and 400,000 paid customers.

Gleason currently leads marketing, publishing, and real estate companies as well.  Previously, Gleason served as Vice President of the National Right to Work Legal Defense Foundation in Springfield, Virginia. Gleason is a graduate of the University of Florida with a BA degree in Political Science.

Gleason's articles and expert comments have appeared in The Wall Street Journal, Detroit News, Washington Times, and National Review, among thousands of other national, state, and local newspapers, wire services, and Internet sites.

A seasoned business leader, investor, political strategist, and grassroots activist, Gleason is also a graduate of the University of Florida with a B.A. degree in Political Science. 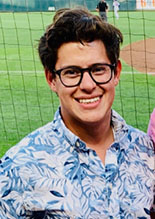 Jp Cortez is the Policy Director of the Sound Money Defense League. Armed with the belief that restoring sound money would improve the quality of life of billions of people throughout the world and a background in Austrian economics, Cortez crafts policy and testifies at legislative hearings. He is regularly invited to speak at events on sound money, constitutional issues, monetary policy, and state policy.

Jp is the lead author of the Sound Money Index, an annual report that ranks all 50 states to determine which states offer the most pro-sound money environment in the country.

With legislative victories in over a dozen states since 2018, Cortez has become a leading contributor to sound money efforts across the nation. His articles and analysis have appeared in Business Insider, Huffington Post, Newsweek, Washington Examiner, and more.

When he's not promoting sound money, Jp enjoys backpacking, live music, and Mets baseball. He graduated from Auburn University and lives in Charlotte, NC, with his dog, Jackson.