What is Sound Money?

Sound money is money that is not prone to sudden appreciation or depreciation in purchasing power over the long term, aided by self-correcting mechanisms inherent in a free-market system. 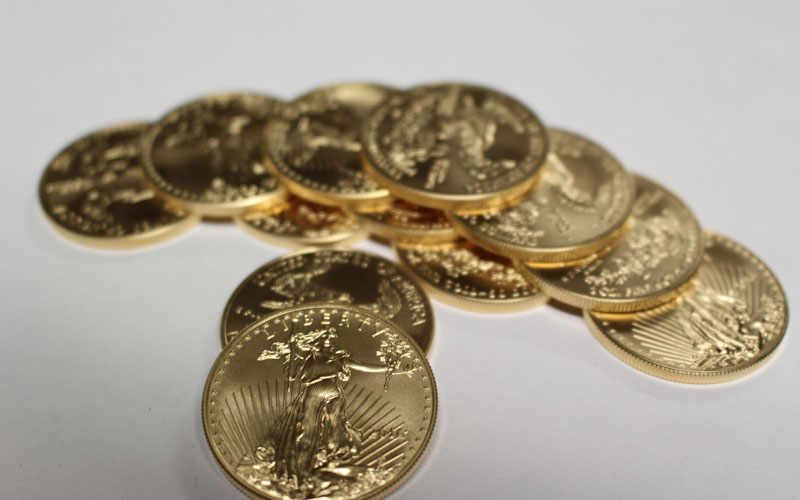 The foregoing definition presents several implications about how we view sound money and how we should approach money in general.

Central banks across the world manipulate money ostensibly to “grow,” or “stabilize,” or otherwise achieve their desired interventionist goals for the economy. However, large swings of the purchasing power of a money, such as that seen with the Federal Reserve Note, result from the same money manipulation that purports to solve the very problem it causes.

In the United States, today’s monetary system is antithetical to sound money. Money, including its supply, is controlled by unelected bureaucrats operating a government backed banking cartel with no real constraints on its power.

Despite gold being a linchpin of the United States’ monetary system for most of our nation’s history, the U.S. severed its final link to gold in 1971.

Americans no longer carry gold and silver money in our pockets and purses as our grandparents did. But we still carry the history, legacy, and spirit of those silver and gold coins in our language.

“Sound money” embodies a clear message recognized for centuries around the world. It describes the musical, metallic ring of a gold, silver, or copper coin dropped on any hard surface of glass, stone, wood, or metal.

The term “sound money” has its roots in Ancient Rome, where small, silver coins were standard in everyday commerce, whether used for paying Roman soldiers or buying exotic goods from all corners of the known world.

As Rome squandered its wealth, it found a shortcut to shore up the treasury. It gradually debased those silver coins with common metals, ultimately cutting the silver content to just 5 percent.

That didn't fool anyone for long. Understandably, disciplined Roman soldiers did not appreciate being paid with worthless mystery metal in return for risking their lives on Rome's bloody battlefields.

History is wrought with economic distortions resulting from currency debasement by central planners. Appreciation for gold and silver has been driven out of the public consciousness. Today, there is little understanding of what money actually is, its origins, and the folly of politicians and financial “experts.”

Austrian economist Carl Menger explains that the origins of money are spontaneous. The barter system’s shortcomings were quickly exposed by the problems of divisibility and “double-coincidence of wants.”

Market actors realized that they could acquire more goods by tendering a more sought-after, or “saleable,” commodity as payment.

The most marketable goods establish themselves as common media of exchange. The marketability differences between commodities serve to discern between them; it is in this way that money undergoes competition. Through this process, gold and silver rose as the most marketable commodities due to their features: The metals are portable, homogenous, divisible, durable, and scarce.

Through market processes, the “most marketable commodity,” as economist Ludwig von Mises described money, makes itself known. Money is not created by government decree, but rather by surviving the test of time and the pressures of market forces while maintaining its value.

What is Fake Money?

Less than a hundred years into the American experiment, the Civil War began. Wars are expensive, and the federal government, which had a policy to only print notes that were backed by an equal amount of gold and silver, was running low on specie.

To fund the Civil War, President Lincoln signed the Legal Tender Act in 1862, which allowed the U.S. government to print $150 million worth of unbacked paper notes. The force of government was used to legitimize this fake, fiat money of the nature we still use today.

Lincoln and his money managers knew citizens would be wary of unbacked paper notes. After all, the Constitutional Convention that took place less than 75 years prior had overwhelmingly rejected paper money.

George Washington wrote that paper money was “wicked.” James Madison wrote it was “unjust” and “unconstitutional.” Thomas Jefferson wrote “its [paper money’s] abuses also are inevitable and, by breaking up the measure of value, makes a lottery of all private property, cannot be denied.”

But how could he get people to accept them in exchange for their goods and services? Lincoln made them legal tender for debts (but not customs duties, which still had to be paid with gold or silver coin).

Legal tender is a stamp of approval by the federal government that magically turns strips of unbacked paper into money people must accept, if begrudgingly at first. By the end of the war, nearly half a billion unbacked notes had been issued.

As always happens with paper money, the Greenbacks lost buying power. At their low point, it took $265 in Greenbacks to buy $100 worth of gold. Legal tender allowed debtors who had borrowed money (gold or silver coin) before the Civil War to repay debts with Greenbacks that had less than half the buying power of the original loan.

Creditors were understandably furious over this swindle. When the war ended, the constitutionality of printing unbacked notes was heard by the Supreme Court of the United States in Hepburn vs. Griswold (1870).

Chief Justice Chase, who had been Lincoln’s Secretary of the Treasury and who had imposed legal tender, said that there is no legal tender power in the Constitution. He said that legal tender was a war measure used out of necessity. Since the war was over, so was legal tender.

On the same day the Hepburn decision was announced, two of President Grant’s nominations for Supreme Court Justice were appointed to the high court. The Legal Tender Act issue was reheard in Knox v. Lee (1871), and the Hepburn ruling was overturned. By a vote of 5-4, the Supreme Court ruled that printing unbacked paper money was no longer unconstitutional, even when there is no war or emergency.

The next 60 years were marred with the destruction of sound money (not to mention the Constitution): establishment of the Federal Reserve System (which has served to devalue the Federal Reserve Note 97% since its creation, despite its mandate to maintain price stability), an unconstitutional income tax, gold confiscation by executive order, and the abrogation of gold clause contracts.

What came next should surprise no one. An explosion of government spending brings us to today. Bureaucrats saw the constraint that sound money placed on government spending as a bug rather than a feature, and America is now well down the road to financial disaster, shouldering more than $21 trillion in debt.

After several millennia of being tested by market forces, gold and silver are undoubtedly sound money. It’s also possible that other sound monies could emerge. However, no government can replace the ringing echo of sound money from its system without grave consequences.

The process through which money is “created” is not one of central planning, but rather one in which money is “discovered” by markets. It would behoove us to realize and correct this mistake before it’s too late.