Surreptitious intervention in the gold market by the U.S. government is the target of legislation introduced in the U.S. House of Representatives by Rep. Alex X. Mooney (R-WV).

Congressman Mooney just circulated a letter to his House colleagues seeking formal cosponsors and support for his Gold Reserve Transparency Act, H.R. 2559.  The bill calls for a full audit, inventory, and assay of America's gold reserves for the first time in almost 70 years.

But this audit goes deeper... attempting to get to the root of whether, and to what extent, America's gold has been compromised.

Mooney writes: "Because there are concerns the U.S. Treasury may have sold, swapped, leased, or otherwise placed encumbrances upon some of America's gold, H.R. 2559 also requires a full accounting of any and all sales, purchases, disbursements, or receipts; a full accounting of any and all encumbrances, including due to lease, swap, or similar transactions in existence or entered into in the past 15 years; and an analysis of the sufficiency of the measures taken to ensure the physical security of such reserves."

Information about the bill is posted here on the Money Metals website.

Rep. Mooney also has introduced legislation to protect Americans against the Federal Reserve's steady devaluation of the dollar – legislation to forbid federal taxation on the sale of gold, silver, platinum, and palladium coins. 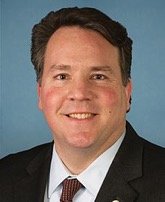 In a letter to colleagues seeking support for his Monetary Metals Tax Removal Act, H.R. 1089, Mooney writes: "The Internal Revenue Service does not let taxpayers deduct the staggering capital losses they suffer when holding Federal Reserve Notes over time, so it is unfair to assess a capital gains tax when citizens hold gold and silver to protect them from the Fed's policy of currency devaluation."

Information about the bill is posted here.

Americans who seek transparency in the gold market and favor allowing the public to protect itself with the monetary metals against currency devaluation can alert their members of Congress to Mooney's legislation.

The text of Mooney's letters to House colleagues about the bills can be read below.

Letter in support of the Gold Reserve Transparency Act

Letter in support of the Monetary Metals Tax Removal Act