Donald Trump will be sworn in as the 45th president of the United States in January. Americans will then find out then if “Make America Great Again” is more than a campaign slogan.

It isn’t going to be easy. On day one, he will inherit a $20 trillion federal deficit and a moribund economy increasingly reliant on low interest rates and central bank stimulus.

There are plenty of economic problems to address, but the lack of sound money lies at the heart of them all. The Federal Reserve Note – a privately issued, un-backed debt instrument that supplanted our gold and silver backed U.S. dollar – has lost more than 90% of its purchasing power since Nixon severed the final link to gold in 1971. Politicians and central bankers have since been borrowing and printing currency without restraint to bankroll today’s bloated and insolvent federal government.

Trump and Pence Have Voiced Support for Gold as Money

There is some reason to believe that Trump will take meaningful steps to Make Our Money Great Again. During the campaign, Trump criticized the Federal Reserve’s loose money, low interest rate policies as a problem that must be addressed. Trump has also said "We used to have a very, very solid country because it was based on the gold standard... bringing back the gold standard would be very hard to do, but boy would it be wonderful. We’d have a standard on which to base our money." 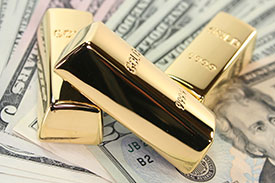 Vice President Elect Mike Pence has also suggested that policymakers should strive to restore sound money. He said, "Robert Zoellick, the president of the World Bank, encouraged that we rethink the international currency including the role of gold, and I agree. I think the time has come to have a debate over gold, and the proper role it should play in our nation’s monetary affairs."

Turn the Tables by Auditing the Money Masters

From Ron Paul to Bernie Sanders and many people in between, there has been plenty of support for "Audit the Fed" legislation. Politicians and constituents alike agree that the Federal Reserve lacks even the most basic oversight a government-sponsored institution should have – particularly when its officials can make decisions which can bring the American economy to its knees.

But Trump shouldn’t stop there; we need to audit the gold.

The last time there was a reasonably credible audit of America’s gold reserves was in the 1950s. Since then, there has been little more than peek-a-boo glances at the gold. The most recent status report done by the Department of the Treasury, claims that Fort Knox holds 147,341,858.382 fine troy ounces of gold.

However, many question the accuracy of that report and whether it tells the whole story. There is evidence the U.S. Treasury has engaged in gold leasing and other financial alchemy. Even if all the gold is still held in U.S. vaults, it may have been leased, sold, pledged as collateral, or could be encumbered in other ways. A full and independent audit is critical.

Another necessary step in freeing gold and silver to be used once again as money is to eliminate capital gains taxation on monetary metals. At the federal level, IRS bureaucrats insist that gold and silver be taxed when exchanged for Federal Reserve Notes – or when used in barter transactions.

When our government’s inflationary policies lower the purchasing power of the Federal Reserve Note, precious metals’ nominal dollar value generally rises, triggering a "gain." The gain may be purely fictional in real terms. But these “gains” are still taxed – thus unfairly punishing people for owning precious metals as money.

Appoint Proponents of Sound Money to the Fed, CEA, and CFTC

President-elect Trump’s rhetoric is loaded with getting people back to work. He’ll play a hand in that directly when he makes appointments throughout his presidency. Among the most impactful will be his appointments to the Federal Reserve.

The Federal Reserve, the privately held central bank of the United States, has an unrivaled ability to manipulate and distort the economy. For much of the past 30 years, starting with Alan Greenspan, the Fed has loosened the money supply with low interest rates and quantitative easing. And it’s created moral hazards by bailing out irresponsible market players.

Tommy Behnke writes, "There are currently two vacant positions on the Federal Reserve Board of Governors, the main governing body of the central bank. Chairwoman Janet Yellen and Vice-Chair Stanley Fischer’s terms will expire by 2018. This means that... Trump will have the opportunity to replace four of the Fed’s seven leading officials with conservative figures during his presidency."

The Council of Economic Advisors (CEA) advises the President on economic policy and prepares the Economic Report of the President. 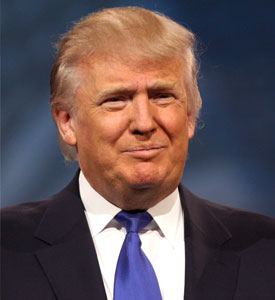 The council is comprised of 3 members nominated by the President and approved by the Senate, and its members are typically professors on a short-term leave of absence from their universities.

Trump has the opportunity to appoint new members to this advisory body. He should look to economists who ascribe to the Austrian school rather than selecting yet more Keynesian school economists who have been cheerleaders for central government planning and an inflationary monetary policy for decades.

The people Trump appoints to the U.S. Commodity Futures Trading Commission (CFTC) will also have substantial impact on the markets. In the recent past, the CFTC received complaints about concentrated short selling done intentionally to push gold and silver prices down. For example, there is strong evidence that unscrupulous banks and traders often attack during periods of low liquidity in the markets such as the middle of the night.

Former CFTC member Bart Chilton and others expressed alarm at the CFTC’s unwillingness to prosecute the manipulators who may be responsible for artificially low prices (and significant investment losses) in gold and silver. Lower gold and silver prices appeal to government and central bank officials who get uncomfortable when the shortcomings of their unbacked fiat currency system are exposed.

The largest contributor to inflation and financial turmoil is dishonest money – enabling bureaucrats to run perpetual government deficits and pile up the federal debt. If Trump takes the steps outlined above, he can indeed make our money great again.