Over the last hundred years, the federal government and the Federal Reserve, a privately owned bank cartel conceived of in secret, have waged a war on sound money in America. They’ve ended the free circulation of gold (and, for a time, criminalized its ownership), while imposing taxes on those who trade with it. They’ve replaced gold and silver coins and the promise of gold redeemability on IOUs with paper money and credit.

An ever-expanding volume of fiat money has replaced sound money as the primary medium of exchange. Liberty-loving citizens, savers, and consumers who use Federal Reserve Notes (commonly referred to as “dollars”) in exchange for goods and services ALL have a vested interest in restoring the soundness of our money. 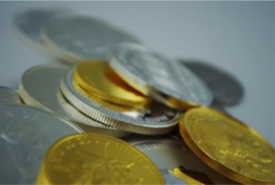 Whether they know it or not.

America’s Founding Fathers never intended for a central bank to dominate in our monetary system or debase the currency. In fact, the Constitution instructs states to recognize gold and silver as legal tender and authorizes the U.S. Congress to coin gold and silver money.

Disastrous encounters with fiat money and central banking led James Madison to write, “History records that the money changers have used every form of abuse, intrigue, deceit, and violent means possible to maintain their control over governments by controlling money and its issuance.”

Adding to the problems is the serial devaluation and the financial turmoil that flows from our corrupt monetary system. With no gold backing to the currency since 1971, there is no longer any restraint on the creation of new money and debt. The system is getting more and more precarious and shows increasing signs of breaking down.

States Have the Ability to Defend Sound Money

While the debasement of the currency is the result of federal policy and banker collusion, the effect is broad and deep. Short of major reforms at the federal level, there are practical steps that can be taken at the state level to promote the use and acceptance of sound money.

In fact, state legislatures don’t have to sit idly by while the dire consequences of the coming currency crisis unfold. They can take steps to insulate their citizens from the effects.

The Tenth Amendment of the Constitution was put in place for a reason. “States’ Rights” is not an empty platitude, and states absolutely have the right – even a constitutional obligation – to pursue sound money policies.

States should follow the lead of a few states that have bolstered the legal tender status of gold and silver, removed sales taxes on precious metal purchases, and even, in one case, created a state gold depository to store the state’s precious metals while offering protected storage to its citizens.

Even as sound money advocates push state legislatures to enact reforms, the average person can take direct steps to avoid being a sitting duck! Gaining protection from a manipulated, devalued currency starts with the individual. That first step is to switch a portion of their savings into gold and silver bullion.

In 2011, Utah became the first state to formally recognize gold and silver coins issued by the United States as legal tender (in practice, this value is based on the coins’ market value not their face value). The impact of this success is multi-tiered. Many forms of gold and silver inside the Beehive State are now recognized as what they are, constitutional legal tender under Article I Section 10 of the United States Constitution.

Utah now protects gold and silver’s use as money and fosters their use – creating a first-hand opportunity for the state’s 3 million residents to experience the superiority of sound money. The educational impact of millions of people coming in direct contact with sound money policies cannot be overstated.

Removing sales taxes on precious metals purchases is another important step. Starting in the 1930s, revenue hungry law-makers in Kentucky and Mississippi were the first to levy general sales taxes, and the practice spread rapidly into other states. Putting aside the injustice of taxing the purchase of consumer goods, however, it’s downright ridiculous to assess taxes on the exchange of money itself.

Yet 23 states today slap its citizens with a sales tax when exchanging Federal Reserve Notes for precious metals. Fortunately, several states are considering legislation to end this egregious taxation of money.

Another necessary step in freeing gold and silver to be used as money is to eliminate capital gains taxes on the metals.

At the federal level and in many states, gold and silver are subject to capital gains tax when they are exchanged for Federal Reserve Notes or used in barter transactions. If the purchasing power of the Federal Reserve Note has decreased, the metals’ nominal dollar value generally rises and that triggers a supposed gain. (In most cases, of course, the capital gain is purely fictional.) But these “gains” are still taxed – thus unfairly punishing people for using precious metals as money.

Perhaps the most high-profile pro-sound money reform in recent years comes out of Texas. The pension fund for the state’s retired teachers has long held a position in gold bullion valued at nearly $1 billion. That gold had been stored on Wall Street at considerable cost and risk.

Last year, Texas enacted legislation that calls for the building of a Texas precious metals depository, chartered by the state, for storage of its own gold and the gold of its citizens. It’s contemplated that Texans can open an account at this depository to both store their precious metals for a fee and transact with them. 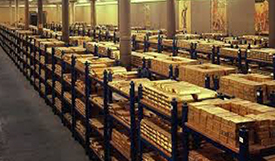 Another tool that can be used by sound money advocates is the “gold clause contract.” A gold clause is, per Title 31 of the United States Code, a provision that gives parties to a contract the option to require payment in gold rather than Federal Reserve Notes.

Gold clauses are particularly useful when designing long-term contracts as protection against the ongoing devaluation of our volatile fiat currency. If more consenting individuals decide amongst themselves to require payment in gold, it would be hugely beneficial in broadening the use and acceptance of sound money.

While the federal government has more control over the states and the people than the Founding Fathers could have imagined, that does not mean all hope is lost. There are meaningful steps states, and individuals alike, can employ to reclaim some measure of autonomy.

More than that, creating a state-based foundation for sound money is a vital part of making states and individuals more resilient in the event of a financial catastrophe.