Securing Our Money through Currency Competition

Competition is a good thing. 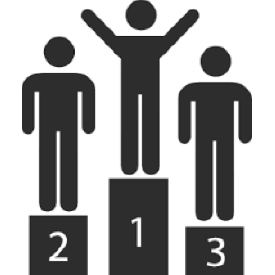 Since monopolies remove the positive effects of competition, however, it makes sense to reexamine one of the most detrimental monopolies that ever existed.

Most folks would probably agree that government-run monopolies like the United States Postal Service and the Department of Motor Vehicles do a lousy job of serving the public, so why should we give bureaucrats a monopoly over our money as well?

It wasn’t always this way in America. And a few states are finally taking steps toward breaking the money monopoly that’s developed, thereby fostering viable alternatives to the U.S. dollar.

Earlier this month, an Arizona House Rules Committee voted unanimously to pass a bill succinctly titled “Legal Tender; Taxation; Regulation”. (Senate Bill 1141). It allows for the use of gold and silver as legal tender. As defined by the bill, “Legal tender” means a medium of exchange, including coins with precious metal content, that is authorized by the United States constitution or Congress for the payment of debts, public charges, taxes and dues.”

This bill serves a number of purposes. But the first is the most fundamental. 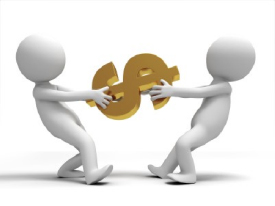 According to Article I Section 10 Clause 1, of the U.S. Constitution, the passage of this bill would be a step toward being within what is constitutionally permitted with respect to money. This clause reads, “No state shall… make anything but gold and silver coin a tender in payment of debts…” The framers, by design, made sure not to include a fiat money backed by the so-called “full faith and credit of the United States” in their list of permissible tenders.

The second function of this bill is to remove the sales tax on transactions where one is purchasing gold or silver and transactions where gold or silver is being used as currency. This diabolical form of tax collection, where state governments are doing the equivalent of charging you a tax for breaking a $5 bill into five $1 bills, is one of the most shameless pillaging instruments that the government has to punish holders of our constitutional money.

The third benefit from the eventual passage of this Arizona bill would be the most long-term effect: allowing gold and silver to be used as currency would open the door for competing currencies.

The stranglehold held by the monetary central planners would loosen as they watched their currency suffer a setback at the hands of the free market. Given a choice, a large number of citizens may well opt against using unbacked Federal Reserve notes, because they can be printed infinitum and have lost more than 97% of their purchasing power in the past 100 years.

Other States Are Also Bucking the Money Monopoly

The Arizona bill is important, but it’s not unprecedented. Louisiana, Utah, Texas, and other states have also begun to rediscover the importance of gold and silver, and they’ve recently made steps down similar paths.

“Allowing individuals and business to use alternate currencies, especially currencies backed by gold and silver, would expose the whole rotten system...”

But so much more needs to be done at the state and federal level. And if the U.S. dollar system continues to wobble, time could be getting short.

Competition in the market brings to the forefront the highest quality good at the lowest possible price. It wrings out excesses and imposes accountability. Through this system, the double coincidence of wants is satisfied, and all actors in the market are made better off. But when rules are imposed that only allow for only one good or service provider to exist, the system falters – and abuses mount.

Ron Paul once said “Allowing individuals and business to use alternate currencies, especially currencies backed by gold and silver, would expose the whole rotten system because the marketplace would prefer such alternate currencies unless and until the Fed suddenly imposed radical discipline on its dollar inflation.”

He may be onto something.