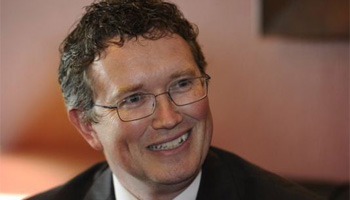 I'm pleased to report that Congressman Tom Massie (KY-4) reintroduced the Audit the Fed bill on the first day of the new Congress, and almost 50 cosponsors have already joined the effort!

As you know, the Sound Money Defense League strongly supports this legislation to audit the powerful and highly secretive Federal Reserve.

Americans are slowly waking up to recognize the damage this unaccountable private banking cartel has inflicted on our nation ever since the day it seized the power to control America's money supply and engage in bailouts and market interventions.

H.R. 24 will require a full audit of this unaccountable institution -- an important first step to reining it in.

Last year, the U.S. House of Representatives approved this critical legislation in 2014 on a 333-92 vote, with all but one Republican and 106 Democrats in favor of it. However, former Senate Majority Leader Harry Reid, a Democrat, kept the bill from coming to a vote the Senate floor.

We expect that Sen. Rand Paul will introduce the Senate version of the bill soon, and with the change in leadership in the Senate, we think the potential is much greater to pass this bill in both chambers.

With the support of Americans like you, the Sound Money Defense League is working to build a grassroots bonfire to help get this bill over the finish line. For more about the Federal Reserve and why it is so dangerous, please visit this page.

P.S. Fighting this battle will take resources that we simply do not yet have.

That's why we ask for your immediate support for our sound money cause, including passage of the Audit the Fed bill and legislation requiring a full audit of America's gold reserves. Please select a contribution amount below right away, and even get free silver with our thanks!