The Hidden Costs of War and Inflation

The somber photos and videos that have come out of Afghanistan lead many to wonder whether the 20-year conflict was worth the cost.

According to the Associated Press, through April, more than 172,000 people (American and otherwise) have died in the course of the War in Afghanistan. The estimated amount of direct Afghanistan and Iraq war costs that the United States has debt-financed: over $2 trillion.

The estimated principal and interest owed by 2050: up to $6.5 trillion.

This war, as with much of government spending, isn’t paid by money the government has. It’s borrowed into existence.

The financial costs of debt-financed spending by today’s decision makers will burden future generations. The pain of printing trillions of unbacked bills isn’t felt immediately, so the gravity of the action is subtle, but the end result is unavoidable.

When Congress granted then-President George W. Bush the authority to use all “necessary and appropriate force” against those involved with the 9/11 a week after the attacks, the federal government went down a course set for monetary ruin. 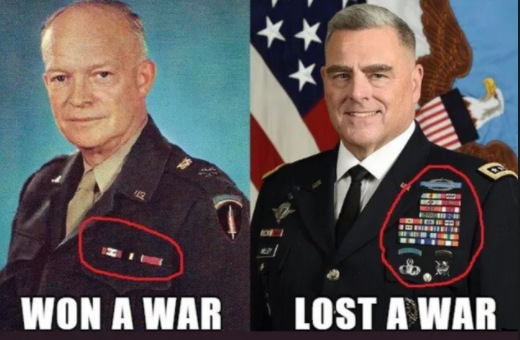 That means that today’s prices are 1.54 times higher than average prices in 2001, according to the Bureau of Labor Statistics’ Consumer Price Index, a measure that notoriously understates real-world inflation as a result of deploying clever hedonic adjustments, geometric weighting, and substitutions that tend to paint a rosier picture.

Said another way, a dollar today buys no more than 65% of what it could buy in 2001. And by other measures besides the flawed CPI, it buys even less.

The government’s borrowing has accelerated rapidly to the upside since the COVID lockdowns and emergency “stimulus” efforts. That portends potentially much higher rates of inflation ahead.

Last week, Bloomberg reported that food prices in July were up 31% from the same month last year, according to an index compiled by the United Nations’ Food and Agriculture Organization.

Inflation harms the poorest among us. Individuals with means can invest in assets that protect against dollar devaluation. Gold and silver, real estate, even a try at the casino known as the stock market—there are many options for better healed investors.

But what about wage earners? Senior citizens on fixed income? Those trying to save some a little extra for the future?

Those most harmed by the increased costs are those already struggling to afford these things. Dollar menus at fast food restaurants have vanished while the costs of homes, food, cars, college tuition, and medicine, have soared.

One of sound money’s most central features is that it restricts government spending to only what can be extracted from the populace through taxation. A print-and-spend approach to monetary policy enables wasteful and fruitless government expenditures, such as, for example, unpopular decades-long wars.

For 20 years, Americans fought a war that cost thousands of lives and trillions of dollars. Many are left questioning whether the cost of this war was worth it.

There are many costs that are apparent, but the sapping away of the dollar’s purchasing power—and the theft of wealth from all of those who hold it – is among the greatest cost of all.