All of the Economic Recovery Models Will Be Wrong Too

“All of the projection models were wrong. All of them,” admitted New York Governor Andrew Cuomo in an interview last week with MSNBC.

Governor Cuomo had been issuing frantic demands for tens of thousands of ventilators... that turned out not to be needed as the rate of new hospitalizations for COVID-19 infections in New York plunged with surprising speed.

Governor Cuomo had warned America that New York City was the canary in the coal mine, that other cities would soon suffer similar death rates. 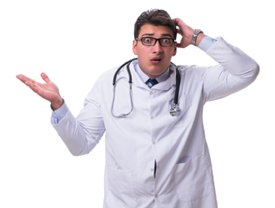 And based on models cited by Dr. Anthony Fauci just a few days ago, the United States was expected to rack up around 200,000 deaths from the virus – or more than 2 million if we failed to socially distance, according to other widely cited models.

Thankfully, all those models were wrong.

The new ones show daily death counts peaking out around now at dramatically lower than projected levels and new cases continuing to plunge, as is the typical seasonal pattern in April for cold and flu-like infections.

A sustained decline in coronavirus cases for the remainder of this month would likely mean the U.S. economy could begin to reopen unless myopic medical experts continue to get their way.

However, a lifting of lockdowns doesn’t mean things will return to normal anytime soon. The pre-virus economy as we knew it will likely never return.

Some businesses and business practices will be gone forever. Many consumer buying, saving, and investing habits will also likely change permanently and in ways nobody at this point can predict.

U.S. monetary policy certainly won’t be able to “normalize” back to pre-virus practices.

The Federal Reserve’s balance sheet is exploding, literally by the trillions every week, with purchases of government and corporate bonds. The Fed’s once-pristine balance sheet now includes junk bonds.

We are in uncharted territory in terms of what assets the Fed can buy, and there are no limits on how much cash it can create to buy them. Maybe next the central bank will buy up restaurants, casinos, cruise ships, farms and shopping malls. Maybe its next policy move will be to slash interest rates below zero.

No conventional economic models are able to account for the simultaneous collapse in economic demand to depression levels and the explosion in fiscal and monetary stimulus to hyperinflationary levels.

We could see GDP contract by 30% in the second quarter with unemployment spiking to 30% – a Great Depression scenario. But the metals markets could jump based on the artificial stimulus being pumped into the financial system that is debasing the dollar.

During most crisis investing environments – whether inflationary or deflationary – precious metals tend to outperform stocks.

Anyone who proffers a prediction on where the Dow Jones Industrials will be trading at the end of the year is just guessing. None of the so-called “experts” on Wall Street have a clue. The officials at the Fed who are trying to centrally manage a broken economy don’t know what the ultimate consequences of their interventions will be either.

After the initial outbreak of the Wuhan coronavirus, neither the World Health Organization nor our own Surgeon General had any idea of the global threat it posed.

They initially downplayed it, repeated false Chinese propaganda that it wasn’t transmissible from human to human, and then falsely (and selfishly) told us medical masks were ineffective when worn by the general public.

But investors can be confident that a portfolio diversified into gold and silver will mitigate downside risk in stocks and other paper assets – while also providing added upside potential, especially as inflationary pressures build.