It’s Time for a Renaissance of the Gold Clause Contract

What if inflation skyrocketed? That would benefit the borrower and deeply harm you as the lender. Even if you were repaid, the declining value of those repayments wouldn’t come close to making up for your loss in purchasing power. 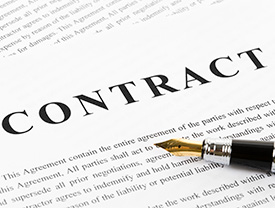 Given that today’s rates of inflation are generally higher than interest rates, agreeing to be paid at a fixed rate over a longer period of time is a risky proposition. The purchasing power of the Federal Reserve Note has already fallen drastically since its last link to gold was severed in 1971. And in the coming decades, America’s currency will surely continue to depreciate – possibly at an even higher rate.

One way to reduce the uncertainty facing both parties who enter into a long-term financial arrangement is to employ what is called a “gold-clause contract.”

This tool gives creditors and borrowers alike a significant degree of insulation from currency risk, including both inflation and deflation.

Simply put, a gold-clause contract is a contract which explicitly specifies payment in gold or silver (or both), and therefore can only be satisfied by such payment.

Gold clause contracts used to be common in the United States, that is, until President Franklin Delano Roosevelt. The president that ushered in the new era of socialism spent a massive amount of money in the 1930s in an attempt to stimulate the country out of the Great Depression. Even with printing of money and the tax hikes that he enacted, he still needed more cash.

The Federal Reserve Act of 1913 originially required that every Federal Reserve note printed had to be backed by 40% gold owned by the Federal government. When Roosevelt wanted to print more money to prop up falling asset prices, his “solution” to this “problem” of a gold backing requirement was simple: expropriate the gold, i.e. ban private possession and require it be handed over in exchange for paper money.

If the government obtained the public’s gold, it could print many more currency units. Thus, he issued Executive Order 6102 in 1933. The possession of more than 5 ounces of gold became illegal, and Congress followed up with a joint resolution removing federal court jurisdiction to enforce gold clauses in contracts.

However, deflation is extremely unlikely to be allowed because central banks suffer from apoplithorismosphobia, or an intense fear of deflation. 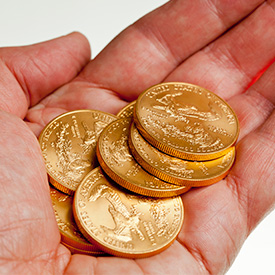 Therefore, inflation and currency debasement is the predictable path, particularly as we head towards a financial crisis of the likes of which have not been seen since the Great Depression.

Today, inflation-escalation clauses are sometimes included in contracts. Financially savvy people know that it is almost certain that the Federal Reserve Note will continue losing purchasing power in the long term, so it makes sense to include a clause as a way of adjusting for varying degrees of inflation.

But no one really knows how extreme inflation will get. That’s largely dependent on the actions of politicians in Congress and policymakers on the Federal Reserve Board. Accordingly, inflation escalation clauses which pre-determine the annual increase are entirely arbitrary and do not provide much protection.

Gold clause contracts, in a way, release people from the chains bound upon them by legal tender laws. By explicitly naming the manner in which one wishes to be paid, the contract is free from the restrictions that come with having to accept Federal Reserve Notes (commonly referred to as dollars) for repayment of debts. Per Title 31, United States Code, Section 5118, a gold clause contract is perfectly legal. That said, there are a few nuances that go into drafting effective clauses.

However, with information readily available, gold clause contracts can find a foothold in the financial lives of many citizens and eventually become adopted more widely in the economy. Edwin Vieira, Jr. writes, “if enough people in a particular area did begin to employ gold-clause contracts on a routine basis, the relentless forces of competition would drive the economy in that area away from depreciating paper currency.”

Why the States Can and Should Embrace Gold Clause Contracts

The 1930s was a trying time for economic liberty where government, both state and federal, ran amok. In 1934, the contracts clause was all but eliminated. In Homebuilding and Loan Association v. Blaisdell, the Supreme Court said that states can change the terms of contracts in an effort to combat tough economic times.

In 1935, after the signing of President Roosevelt’s contemptible gold expropriation order, the Supreme Court ruled on four cases that came to be known as the Gold Clause Cases. These four cases came to the Supreme Court as challenges to invalidate gold clauses in contracts.

The Supreme Court released its decision for all four cases on the same day, and all four rulings shared the same holding: “sanctity of contracts” is an empty platitude. If the contract says something government bureaucrats don’t like, courts can refuse to enforce them, effectively invalidating them.

However, there are steps that can be taken on the state level to ensure the widespread acceptance of gold clause contracts. 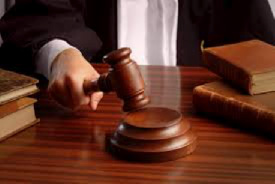 This is as simple as making sure that enforcement mechanisms are in place to help the private parties that choose to use these contracts.

In both Bronson v. Rodes and Butler v. Horwitz, the court reached the same decision: a specific performance clause explicitly naming a method of payment cannot be substituted for another legal tender.

That means if a contract calls for repayment in gold or silver – or even prescribe a specific form such as a Canadian Gold Maple Leaf one-ounce coins – Federal Reserve Note “dollars” are not a suitable surrogate. A guarantee of specific performance is crucial to the reliability of gold clause contracts.

Now is the time for states to encourage gold clause contracts by enacting legislation which requires state courts to give them full effect and enforceability. The first state that does this will benefit the most by attracting new business from all over the nation.

With monetary turbulence and the danger of inflation increasing by the day, citizens and businesses need a greater ability to use gold and silver to protect themselves.