Runaway Federal Debt and Gold’s Needed Role in Restraining It 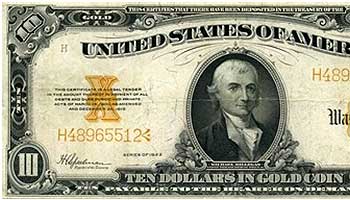 In March, the Treasury Department engaged in now routine “extraordinary measures” to avoid default while Congress played political games with the debt ceiling. These periodic mini-crises over raising the statutory borrowing limit never amount to much, except a slight delay in the government’s legal ability to burden taxpayers with more debt.

The real debt ceiling crisis is the fact that for decades there has been no real constraint on how much Congress can borrow. As a consequence, the United States faces an impending debt reckoning. Though economists may disagree on how best to tackle the relentless growth of federal debt, nearly all agree that a disaster looms if present trends persist.

The true size of the accumulated national debt burden is much bigger than the $18.2 trillion that is now reported officially. Economist Laurence Kotlikoff calculates that future projected spending, over and above projected revenues, produces a total fiscal gap of $210 trillion.

Let that sink in for a moment.

“ Our country is broke. It's not broke in 75 years or 50 years or 25 years or 10 years. It's broke today,” Kotlikoff told the Senate Budget Committee recently.

Politicians may feign concern over unsustainable federal finances, but few are willing to summon the political courage needed to change course. The path of least resistance in Washington is more spending and more borrowing, regardless of which party is in power.

Why make politically painful decisions when the central bank can monetize (buy up) government debt in unlimited quantities?

The Fed enables members of Congress to get off the hook for their fiscal irresponsibility. Thus, the debt problem is at root a monetary problem.

Fiscal recklessness is enabled by a reckless fiat monetary system that was ushered in with the creation of the Federal Reserve in 1913. But it was not until 1971 that the U.S. dollar was de-linked from gold completely. President Richard Nixon abruptly closed the gold window, ending the historic promise that the U.S. dollar is redeemable in gold by foreign governments. 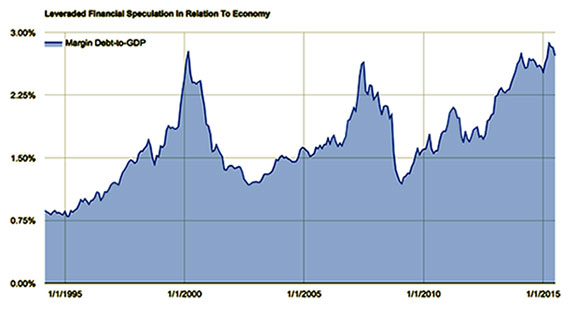 In the more than four decades since Nixon terminated gold convertibility, U.S. debt has risen exponentially.

In 1971, the national debt stood at $398 billion. That represented a significant but manageable 34% GDP. The debt load has since exploded to $18,200 billion ($18.2 trillion). That’s more than 45 times bigger than it was the day Nixon took the U.S. off the gold standard.

The current size of the national debt (taking into account only the $18.2 trillion acknowledged officially and not the much larger total fiscal gap) represents approximately 100% of GDP. In other words, the government would have to seize all the output of the entire economy, leaving nothing but breadcrumbs, in order to pay down the debt.

Even then, tens of trillions of dollars of unfunded liabilities would loom for future taxpayers.

Billionaire Charles Munger, the long-time investment partner of Warren Buffett, recently warned Americans to expect tougher times ahead. “We should all be prepared for adjusting to a world that is harder,” he said at an event in Los Angeles. “You can count on the purchasing power of money to go down over time. And you can almost count that you’ll have more trouble in the next 50 years than the last.”

No one knows exactly how the debt crisis will unfold in the years ahead. In effect, the risk of an involuntary debt default has been removed, courtesy of the Federal Reserve. All Congress has to do is keep raising the debt ceiling.

But taking default off the table doesn’t eliminate risk; it just spreads it out to all holders of U.S. dollars. Instead of a Treasury bond defaulting, that bond might pay out interest in dollars that are depreciating at a much more rapid pace than the nominal rate of interest.

Unfortunately, it may be too late to avert a debt-driven currency crisis. Despite talk in Congress of getting back on a path toward balanced budgets, the long-term outlook points toward rising deficits. The Congressional Budget Office projects that annual budget shortfalls will rise steadily after 2015 and reach more than $1 trillion by 2022. And that analysis assumes there’s no major recession between now and then.

The last year the government ran a budget surplus was 2001. That period also coincided with what turned out to be major lows in gold and silver prices.

Debt Problem Causing Gold and Silver to Reemerge as Money

As deficits expand and total debt grows to unmanageable levels, precious metals can be expected to reassert their historic role as money. Regardless of whether a formal gold standard reemerges in the U.S. or elsewhere, individuals and institutions who have a need to protect their capital from the threat of currency depreciation will turn to gold.

A de facto gold standard could indeed emerge out of the crisis years ahead. It could come in the form of a private gold-backed currency. Or it could be the case that rising prices for gold and silver undercut the credibility of fiat money so severely that policymakers reluctantly conclude they must pursue strong-dollar policies.

In any event, precious metals stand to play a significant role in forcing reforms upon a broken monetary system.