Obama Wouldn't Even Acknowledge THIS Elephant in the Room ... 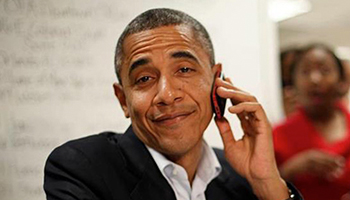 A defiant and arrogant President Obama was on display at last night's state of the union.

Obama seems unwilling to accept the voter rebuke he received last November -- when voters roundly rejected the high-handed and secretive financial machinations of his administration and the Federal Reserve.

Knowing the damage being done to the economy and the value of our dollar, more than 75% of the American people want an Audit of the Federal Reserve...

...and even more Americans believe that our nation's critical gold reserves have been sold or pledged as collateral to shore up federal finances.

The President threatened vetoes of lots of things last night, but he didn't even dare mention his opposition to the Audit the Fed bill. It's hard to defend his position on that one, no matter how he spins it.

So his strategy is to ignore, desperately hoping you and I don't succeed in getting that bill to his desk this year.

There's no defense for the Federal Reserve's secret bailouts and reckless money printing.

It's outrageous, and he knows it.

Instead, Obama and the banksters on Wall Street are hoping you and I will give up on the cause.

Make no mistake... with your support, we CAN get the Audit the Fed bill through the Senate this year. But we still have lots of work to do in mobilizing Americans to our cause.

That's why I hope you'll chip in with a contribution to the Sound Money Defense League today.

With your support, we'll rally the American people and make history by passing the Audit the Fed bill, and we'll build momentum behind our drive to compel an audit of America's strategic gold reserves as well.

Can I count on you to make a contribution below -- right now? Any amount you can afford will help propel our sound money cause forward!

Please choose your contribution amount below: